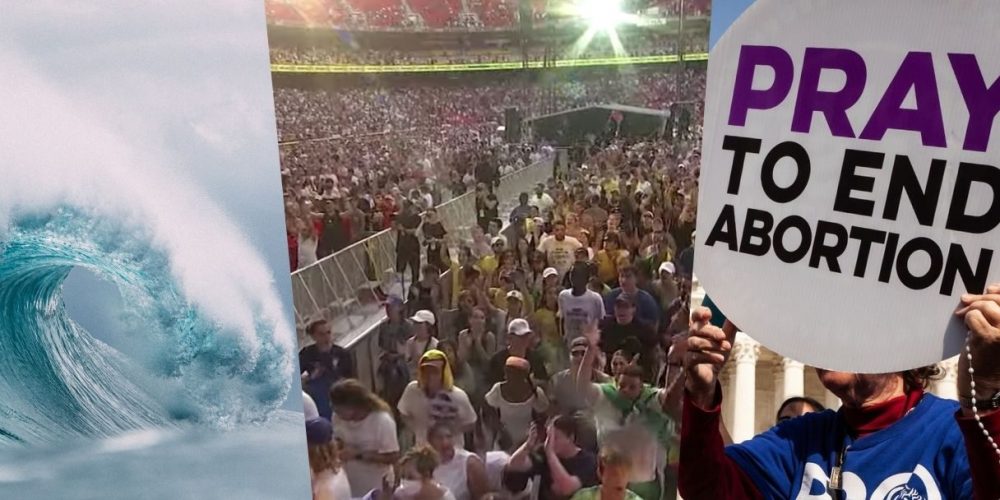 On Tuesday the 3rd of May, I was praying into the United States Supreme Court leak concerning the overturning of Roe v. Wade, the security breach and the enemy’s plan to cause backlash in order to change the outcome of the verdict. As legitimate as these concerns were, I could not find in my spirit as much concern as there is in the natural. Instead, I had a strong sense from the Lord that what the enemy intends for evil, God intends for good. The enemy wanted to change the outcome of the verdict, but God wanted to encourage and strengthen believers to pray, many of whom have been hope-deferred wondering if this will ever be overturned.

On the 4th of May, I pondered on this some more, and suddenly the Holy Spirit came on me and I began to prophesy:

While prophesying, I was looking at a map of America in the Spirit, and my eyes were on Kansas City. I felt that “The Send” in Arrowhead Stadium was related to this word.

During the driving procession from the Truman property to Arrowhead Stadium this morning, Mike Bickle shared a Bob Jones prophecy concerning Mississippi, that we are to watch Mississippi as a sign, and by a flood of the Spirit, IHOPKC would grow from 500 staff members to 5,000. Mississippi river flooded in 2020 as The Send KC was first announced. All week this week,  Awaken the Dawn hosted worship tent meetings on the Truman property leading up to The Send, called “The Flood.” It hit me that Mississippi is to the east and south of Kansas City – another friend confirmed that Mississippi river starts from the north (since I’ve never been to America). The “wave” I saw came from the “north, east and south,” and Mississippi river literally starts from the north, going around the east to KC, and ends in the “east and south.” Going from 500 to 5,000 is literally a strengthening of the Prayer Movement. I believe what I prophesied was the same “flood of the Spirit” that Bob Jones saw. Mike then mentioned that the whole nation is “watching Mississippi” right now because of the abortion case. I received this word in the context of praying about issues concerning abortion.

A few points to note from this word:

I believe America is at a tipping point, and overturning of Roe v. Wade will be an essential part of seeing the kind of awakening we’ve been praying and believing for in America. I believe “The Send” in Kansas City produced a massive shift in the Spirit over America for the overturning of Roe v. Wade (it was more than that, but it was that nonetheless), but now we must pray, step up and become the sceptre of the Lord and declare the winds of change to blow over the Supreme Court of America and over this generation.