The Altars of Baal Are Being Shaken 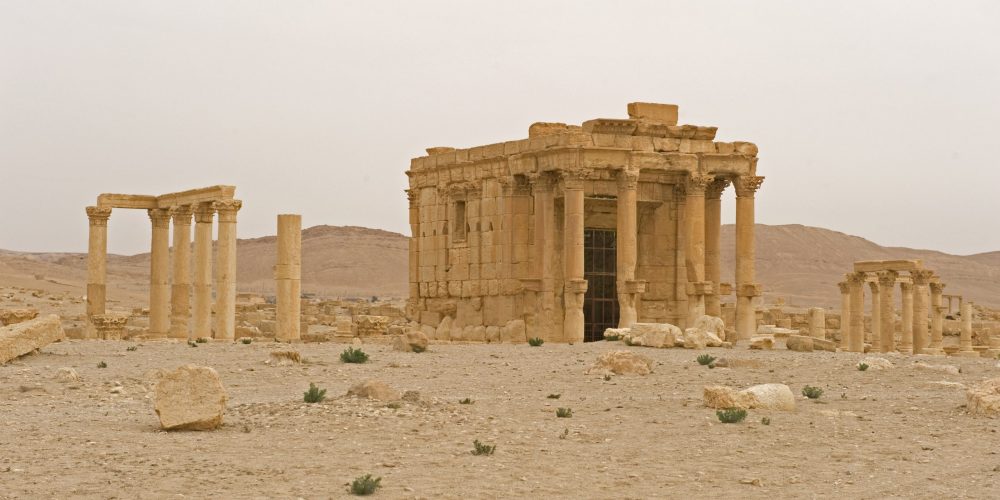 This word is primarily for the United Kingdom from a Scottish vantage point, but I believe it has global implications. Readers from other nations are free (and encouraged) to ask the Lord as to how much of it applies to their own nation.

On the 1st of May, I was praying in my prayer spot on the bank of River Dee, and saw an altar which I recognised to be an altar of Baal. Suddenly there was a sound in the natural like the sound of an earthquake. When it rumbled, I saw the altar shaken, cracked and collapsed.

I heard the Lord say, “The altars of Baal are being shaken.”

Then, the Lord took me to three building structures, which I recognised to be three altars of Baal which are also three industries:

Both the “Entertainment altar” and the “Education altar” were tethered to the “Pornography altar” by a string.

To God’s people, the Lord says, “Do not be shaken. Remain in Me, and have peace.”

I believe this coming shaking will affect everyone in some ways, especially parents with school-age children. Entire systems and structures that are ordered according to Baal, God will dismantle. Just like YHWH’s altar has an order and a structure built around His presence, so does the altar of Baal. The altar of Baal is structured around the glory of man, the pride of human achievement and the felt needs & pleasure of man. Entire orders that have been built around these things will be shaken, and with this shaking comes exposure. I believe many of the key leaders in these two industries will be exposed with connections to human trafficking. We will be shocked to find out how deep the sex industry’s influence has penetrated the two industries that shape our culture. I heard the Lord say: “Watch for the first domino to fall in Scotland.” I see a fallout in the top office of Scotland’s education system, with one prominent member ousted resulting in a series of exposure. The way we must pray when that season comes is Numbers 10:35, Deuteronomy 28:7 and Psalm 68:2(1): “God, come and scatter Your enemies. Arise and bring confusion to their camps and be glorified.”

Then the word of the Lord came for the prophets and reformers in these two industries, to those standing as a voice of righteousness in education and entertainment feeling oppressed and overwhelmed at the altars of Baal, the Lord says, “My Deliverance is coming.” I believe the coming shaking may very much look like their future is uncertain and their jobs at stake, but the Lord would have us know this is His deliverance. As the shaking takes place there will be a reordering and repositioning in the hearts of prophets, a purifying of things that are not of Him and things picked up simply by being in Baal’s environment. After the shakings, there will be a pure cry coming out of the mouths of the prophets and reformers: Rebuild the Altar of the LORD.

Frank this exact experience was shown to me in November. Unfortunately, I didn’t understand it to be prophetic and thought it was arising in me because of personal trauma…
I wonder if you would consider emailing me privately as I would like to share the details of what I saw, but they are too horrific to share publicly. I see I need to enter my email here to post this, that is the email you can reach me at.
Just reading this as a prophetic word has given me tremendous freedom. Thank you,
Lesley

Thank you Lesley! Happy to talk privately via email. Several others are hearing the same things. If you received this blog post through an email, you can just reply directly. Bless you.