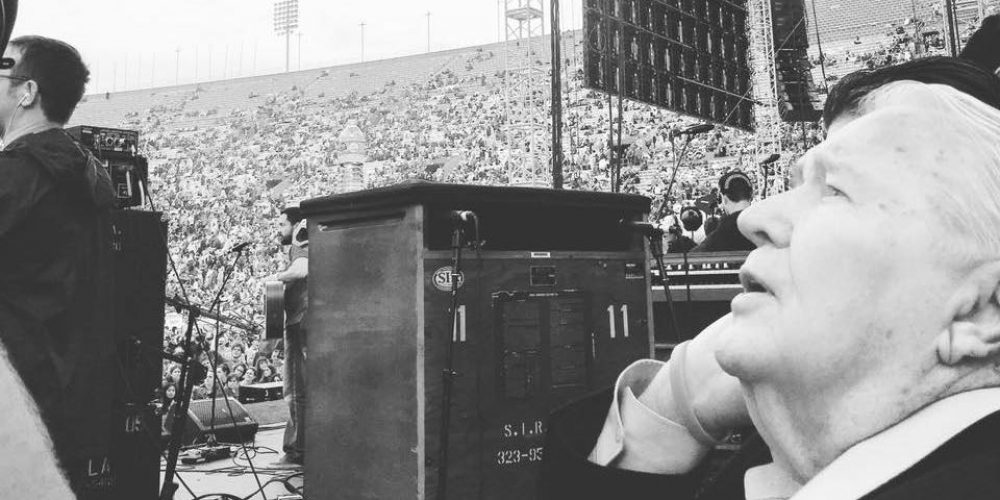 This article was originally published on Facebook on 22/02/2019, on the day of Paul Cain’s burial. Now republished and backdated on this blog. Note that many times God shows us negative things that would happen is so that we can pray against them – disasters and chaos can be averted when we pray. I believe some of these things in this article were averted because of the prayers of the saints through the 2019 General Election & Brexit process. I think it’s clear that these things would definitely have happened if we did not pray.

In early 2012, I was praying for revival to come to the United Kingdom. The Lord showed me a seven-year period after which righteousness would come to this nation.

The language of “week” and “week of years” comes from Daniel 9, where Daniel received a revelation of the timeline of the Messiah to be “70 weeks” – or more accurately, “70 sevens.” Based on its context, the period of “seven” clearly refers to seven years. (Some translations translate the word “seven” as “week”, but it refers to the same thing – not a 7-day week period but a seven-year period. In other words, “a week of years” rather than “a week of days.”) God was essentially saying, “In the same way snow would come seven days after the first day of ‘summer’, there will be seven years, and righteousness will come to this nation. After that, a mighty outpouring of the Spirit will fall on England.”

I called my friend Michael J Robertson whom I prayed with, and Crystal Cryer who headed up 24-7 Prayer in Aberdeen, to share with them what I had been sensing from the Lord. Crystal and her team had an all-night prayer meeting organised on March 31 to kick off one month of prayer in April to coincide with the Olympic Torch passing through Aberdeen. The theme was “Kingdom Come”, and March 31 was the last day of the seven-day summer-like weather. Crystal and her team entered the building in the warm weather. As they came out of the building in the morning, the temperature dropped by almost 20°C, and it started raining. I thought I was mistaken as there was no snow, but as the temperature continued to decrease, the rain turned to snow within the next day or two. People were literally asking, “What’s going on? This is a joke!” Shortly after, heavy rain came to the south and the Midlands in England and it lasted for two weeks. It was reported on the news that some of the rivers were flooded.

I had no idea until last week that Kim Clement also prophesied a seven-year period starting in February 2012.

Over the next few months (after that sign in April 2012), the Lord began to show me more about this “seven-day period of heat”, and that over the seven-year period, things would begin to heat up. The Lord was going to shake things up in this nation (the United Kingdom), both in the natural and in the spiritual, and it would result in crises in the nation, and revival and glory in the Church at the end of this period should the Church welcome His presence.

In the church realm, I saw a polarisation take place among believers. God is no longer tolerating lukewarmness, and He will cause things to happen so that the lukewarm believers must choose one way or the other. Those who identify as Christians but follow their own desires and have no interest in Jesus’ leadership would begin to pull away from, deny, refuse and even speak against the truth; but those who genuinely love Jesus and desire Him will be set on fire. A separation of the wheat and the tares would begin to take place in preparation for harvest.

In the geopolitical realm, I saw our nation turn more and more away from our Judeo-Christian roots into secularism, away from the God of the Bible, along with escalating moral decay. I also saw a specific act on Britain’s part to turn away from the nation of Israel and the Jewish people. As a result, there would be a financial crisis liken to that of 2008 as God’s judgment according to Genesis 12:3.

I saw £2 notes introduced by the government in response to this financial crisis, in order to print more money, to create an illusion that everything is going well. But everything is not going well, and the result of this will be massive inflation, and other shakings in the economic realm.

Later in that same year, our Later in that same year, our conservative government began to push for “same-sex marriage,” and Christians who held to the biblical view of marriage were called bigots. Within two years, same-sex marriage was legalised; and within three years, Jeremy Corbyn, an anti-Semite and a socialist, emerged out of nowhere and became the head of the Labour Party and the leader of the Opposition. With the mess our government has gotten into in dealing with Brexit, Jeremy Corbyn is well on his way to becoming the next Prime Minister. When that time comes, Christians who are more loyal to Corbyn than the God of Israel will be emboldened to say: “Yes, we are anti-Semites. What are you going to do about it?” God shakes the nation and the Church to prepare the Church. The wheat and the tares grow together. The dark times ahead will be the hour for the light to shine. Amid these troubled times, God will pour out His Spirit on His Church, and the congregations that have been crying out for Him and seeking His presence, and making room for Him to move will experience the Fire of His glory in an unprecedented way. But for those who focus on activities to the neglect of His presence – and I tremble as I write these words – they will not endure this Fire, for it will be the Fire of judgment.

The Significance of February 12

When I learned of Paul Cain’s passing on February 12, 2019, I decided to write a little “tribute” of my own to describe how Paul’s ministry had impacted me. As I wrote it, I felt a fire ignite in my heart in a way like never before. I knew it was significant, but I didn’t know why until I came home and read this post by Kari Browning. She wrote about the prophetic significance of February 12 – Bob Jones heard it audibly in 2006, the Latter-Rain Revival began on February 12, 1948, several significant events in the prophetic movement happened on February 12, several prophetic conferences Kari herself hosted were on February 12; and finally, Paul Cain passed away on February 12.

The snow came on October 26, 2012 to mark the beginning of this 2,300-day period of preparation of the Church for glory, and Paul Cain’s death marked the end of that 2,300-day period!

Furthermore, when Kim Clement prophesied a seven-year period starting in February 2012, he said, “Somebody is going to die, and everyone will know about it.” Whitney Houston died on February 11, 2012 – the day before the significant February 12. Counting from February 12, 2012, exactly seven years (2,557 days) later, Paul Cain passed away on February 12, 2019.

wpDiscuz
0
0
Would love your thoughts, please comment.x
()
x
| Reply
0
0
Your Cart
Your cart is emptyReturn to Shop
Continue Shopping
Products you might like
Calculate Shipping
Apply Coupon
Available Coupons
frankfree Get 100% off
Unavailable Coupons
torah Get 10% off
×
×