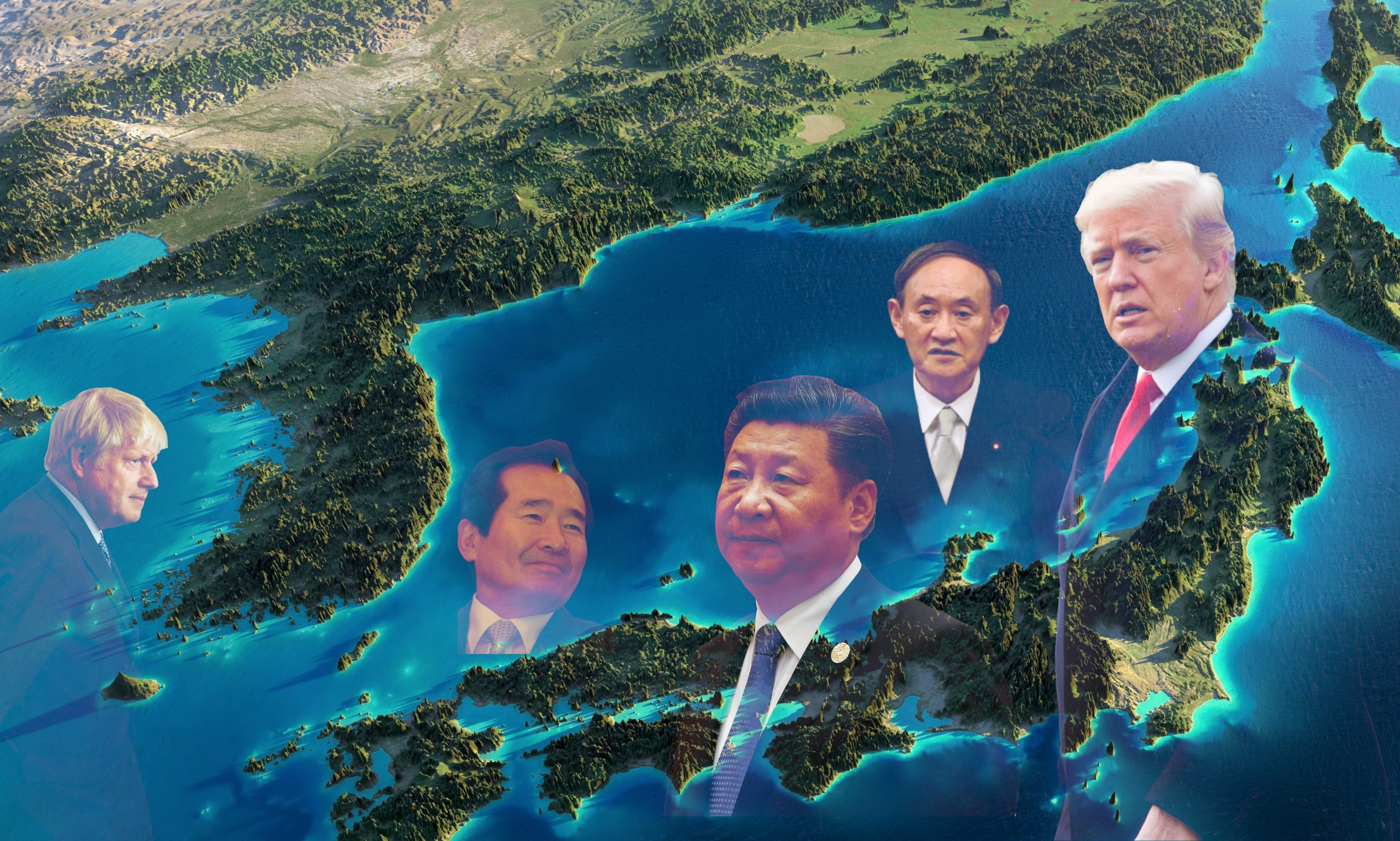 I had a dream two weeks ago on 16/09/20. In this dream I was visiting an Israeli friend living in Japan. In real life this friend serves in a church, but in my dream he worked in a high school as a “secret Christian.” I met him outside his school for a tour of the school, but went in by myself. When I stepped into the school campus, I was not in Japan, but Korea.

Across the sports area I saw Boris Johnson casually leaning against a fence, watching all the activities that were going on. The picture was blurry. I then went into the main building and walked all the way to the top floor. I walked into a room and saw three Korean teenagers singing what sounded like a pop song, with the lyrics: “I have loved you since 1908.” Many rooms in this building did not allow visitors, and I saw one part of the building blocked off, and it was reserved for nuclear testing.

As I exited the building back onto the sports area, I saw my Korean friend from Secondary School 13 years ago whose family had since moved back to Korea. I walked up to him and was about to give him a handshake and ask how he was doing, but he took a few steps back and bowed in a traditional Korean manner. He then introduced me to some of his friends. I was conscious not to break their traditions, but surprisingly all of them shook my hand and gave me a hug, one by one.

However to my utmost shock, at the end of this line of friends was President Donald Trump. I went to give President Trump a hug, but he gave me a kiss on the cheek instead, and walked away. His hair was messy and thin that I could see the bare scalp underneath it.

After I woke up, I began to look into the history of Korea, specifically what happened around 1908. As it turns out, 1908 was the year when Japan founded the “Oriental Development Company” in Korea as part of their colonial plan to annex the Korean peninsula. Incidentally, the famous Pyongyang revival broke out just one year prior in 1907, and Pyongyang was known as the “Jerusalem of the East.” The late Billy Graham’s wife, Ruth Bell Graham was sent there for Bible College, even though Graham herself was born and raised in China.

35 years of Japanese occupation had left a deep wound in the heart of this nation, that when Japan left in 1945, Korea was split in two, with the North backed by Soviet Russia and the South by the United States. And the Lord is saying over Korea, “I have never stopped loving you, My eyes of affection have been on you all this time.” I believe “I have loved you since 1908” was God’s prophetic song over Korea, and it has been the yearning of His heart for reunification to come to this nation and for it to be healed.

I believe the building represented North Korea, with parts blocked off from visitors; while the sports area outside represented South Korea, where people could play freely and enjoy freedom. The breaking of cultural protocols from Korean friends, I believe, speaks of diplomatic activity. The kiss speaks of covenant, and hair usually speaks of leadership. My family is Chinese, and I believe in this dream I represented China. The Chinese regime as it currently stands will not let North Korea fall under capitalism. I believe Trump will establish some kind of treaty with China in an unconventional way that will have an enormous impact over the region politically, allowing Korea to be reunited.

I also believe that at that time, a gospel work will go forth from Japan into the heart of North Korea and the whole Korea – it might have already begun underground, to heal wounds from the past and bring historic reconciliation. The reconciliation between Japan and Korea will cause the ultimate reconciliation between North and South Korean people. I believe the day is coming when this will become a major conversation in the Body of Christ in Asia and the whole world will lean into it. The Lord will pour out His Spirit over the region and “Jerusalem of the East” will once again be restored to the nation. I believe my Israeli friend in the dream represented this gospel work, and the fact that he is Israeli represented “Jerusalem of the East.”

Most of the people in this dream who hugged me were women (if not all of them), and hugging speaks of comfort. I even believe that the issue of comfort women (sex slaves in the Imperial Japanese Army) will come to the forefront, but the Lord is going to bring healing.

If we see a sharp turn in Trump’s attitude towards China from negative to positive, don’t be alarmed. This is unto the reunification of Korea. I also believe that Britain will have a part to play behind the scenes, in ways we cannot see clearly. (The picture was blurry.) I believe many will accuse our government of “sitting on the fence” when it becomes clear that the North Korean regime is falling, but the Lord says “rest assured” that the UK ‘is’ doing something and is playing an important role.

(I found out later that the day I had this dream was the day the new Japanese PM took office, who leaned more towards reconciliation than the previous PM, and has on more than one occasion discouraged him from worshipping at the Yasukuni Shrine, a shinto shrine for the war dead which has generated controversies because of the enshrinement of over 1000 war criminals, including 14 Class A war criminals. I make no comment on this, except to stand first as a citizen of heaven and pray from a gospel perspective. Only the gospel can heal.)

This word was originally posted on Facebook on 4th October 2020. Now transferred onto this website and backdated.