It All Comes in Doubles 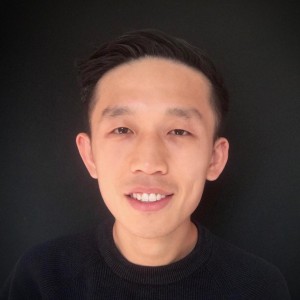 Modern day prophetic has a lot of jargons and you can pretty much predict without being prophetic. I hate that. So one of my goals in the beginning of this year was to make it through to March without mentioning “2020 Vision” – And guess what, I failed by the 3rd of January. The Lord said, “You really want to have a 2020 vision because I ‘am’ doing a new thing.” He gave me a few Scriptures for this year, and notice they’re all in 2s.

2 Chronicles 20:20 – Trust in the Lord and you’ll be established, believe His prophets and you will prosper.

Habakkuk 2:2 – Write down the vision, make it plain so that he who reads may run with it.

God is doing a new thing in 2020. We will be established if we trust Him, but we will prosper if we believe what He is saying through prophetic voices. (BTW, how many churches are still standing against Brexit for “social justice” reasons despite that every prophetic voice is shouting otherwise from the rooftops? Just sayin’!) If we want to prosper we need to get on board with what He’s doing.

Then, in the light of knowing what He is doing, we need to have a vision for ourselves. And we need to write it down. What are we believing for? Make it plain, so that those around us can read and understand and stand with us in prayer.

Lastly, believing for new things is not enough. We need to position ourselves for them. We need new wineskin for new wine. What do we need to adjust in our lives to see these promises come to pass?

As for me, I have decided to take 40 days to focus on seeking God for this year. Without planning, I started at sundown on 2 January (there’s the number 2 again), and ending on the 11 February at sundown – which is effectively the 12th February. Paul Cain died a year ago on 12 Feb, and it was 7 Adar on Hebrew calendar, the day Moses died according to Jewish traditions. I’m just sayin’!

Paul Cain was a Moses figure for the end-time Stadium Revival vision, and there’s been a lot of talks about the Joshua Generation. When Moses dies, you know it’s time for a Joshua Generation to rise and take the Promised Land. (If you’re alive you’re part of this generation.) I’m just sayin’!

All the numbers, times and dates are falling into places in such perfect ways without planning. It’s up to you to decide whether God is speaking or not. I’m just sayin’!